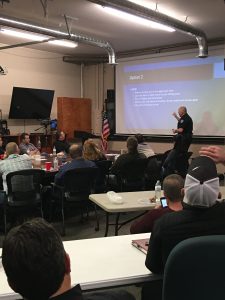 1, 2017: Fifty-eight people were killed when a man opened fire on a crowd at a music festival in Las Vegas from a hotel room.
July 1, 2017: 28 people were hurt when someone opened fire in a nightclub in Little Rock, Arkansas. Police believe it may have been gang related.
June 30, 2017: A New York physician entered a hospital and opened fire killing one person and injuring six others before killing himself. The doctor was a former employee of the hospital and believed his former co-workers were responsible for him losing his job
Jan. 6, 2017: A 26 year-old man said he was working on behalf of ISIS when he opened fire in the baggage claim area of a Florida airport. He killed five people and injured others.

These are just a few of the recent stories of active aggression. There is really no pattern. No way to predict. Our companies, our jobsites and our employees could be at risk at 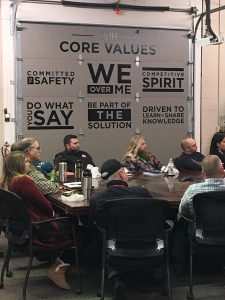 any time. With that said we don’t think much about an attack as an imminent danger. Our jobsites, our corporate offices, we aren’t thinking about what could end up being the unthinkable.

At LPR, we don’t anticipate that there would be an active aggressor attack at our Loveland offices or at any of our projects located in areas across the map. But in the current world of uncertainty, we wanted to give our employees the tools to act swiftly and in their best interest if something ever happened.Tapping into our local law enforcement resources, LPR’s Safety Director Pat Hagan worked collaboratively with Master Police Officer, Dave Sloat of the Loveland, Colorado Police Department to evaluate our Loveland office and, as a result provide ‘Active Aggressor Training’ for our employees. Having a deep understanding of security and how to neutralize threats, Officer Sloat provided recommendations on how to protect ourselves in the event of an active aggressor.

One of our employees was directly impacted by the October shooting in Las Vegas as his daughter called him directly from the festival during the incident. This hits close to home and I am sure that there are a hundred stories just like this one that I don’t know.
LPR’s Core Value Committed to Safety goes beyond site-safety. Here’s hoping we never need to use our new training. 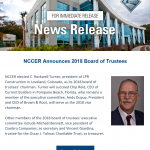