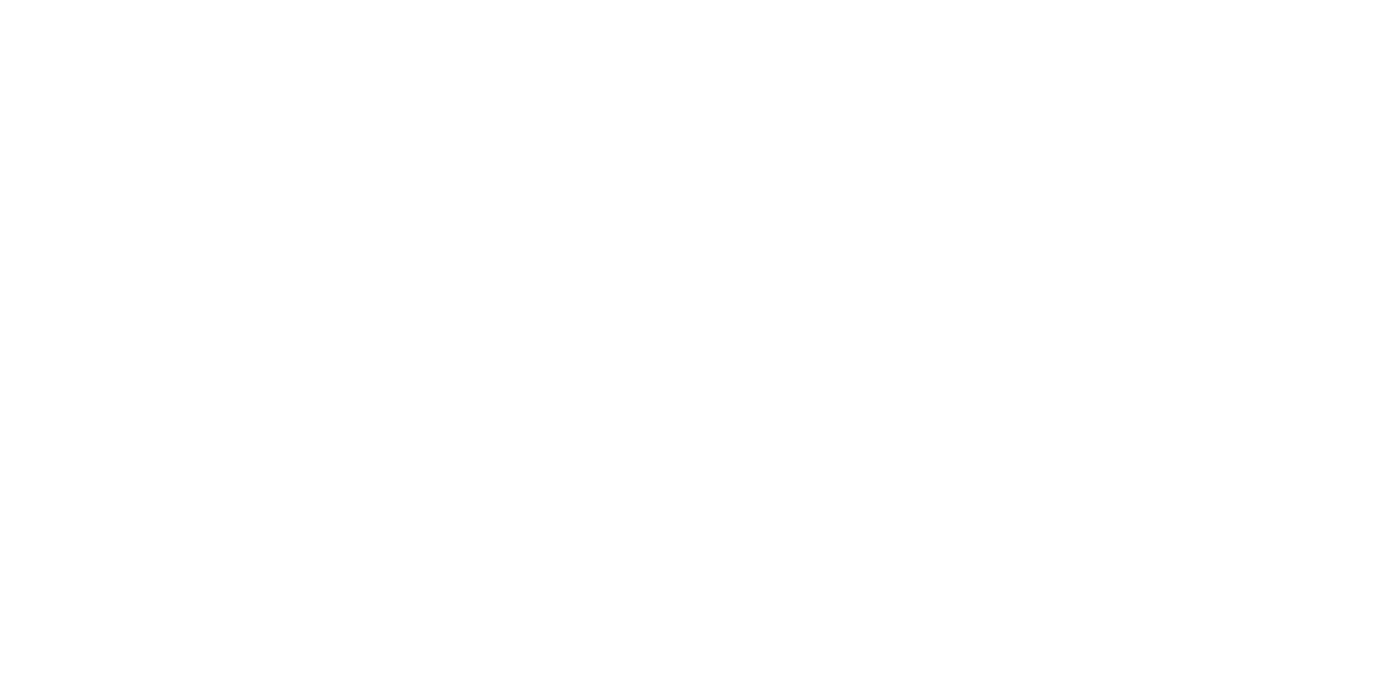 With the existing convention center on one end and N Western Ave on the other, the very limited site access was an obvious challenge. LPR engineers came up with a plan where the trusses were set in two pieces with two cranes doing a mid-air splice, eliminating the need for shoring towers that would congest the interior bowl even more than it already was. One 300-ton crane was inside the bowl assembling and erecting two-thirds of a truss and the second 230 ton crane was outside working on one-third. Due to the initial instability of the first truss set, LPR engineers required that several cable braces be used. 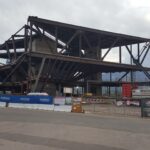 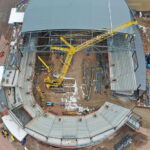